Practicing art for more than twenty years, Ali has already shown his work in America, Africa and Europe.

She is well versed in painting, sculpture, installations and interactive works, as well as video. She has an MA in Arts Education and a BFA in Fine Arts.

She was a recipient of the Pew Fellowship (Philadelphia) and the Fullbright Fellowship (government) which enabled her to develop an expression project and an exhibition entitled Doors and Passageways of Return in an abandoned building in Abidjan (Cote d’Ivoire). 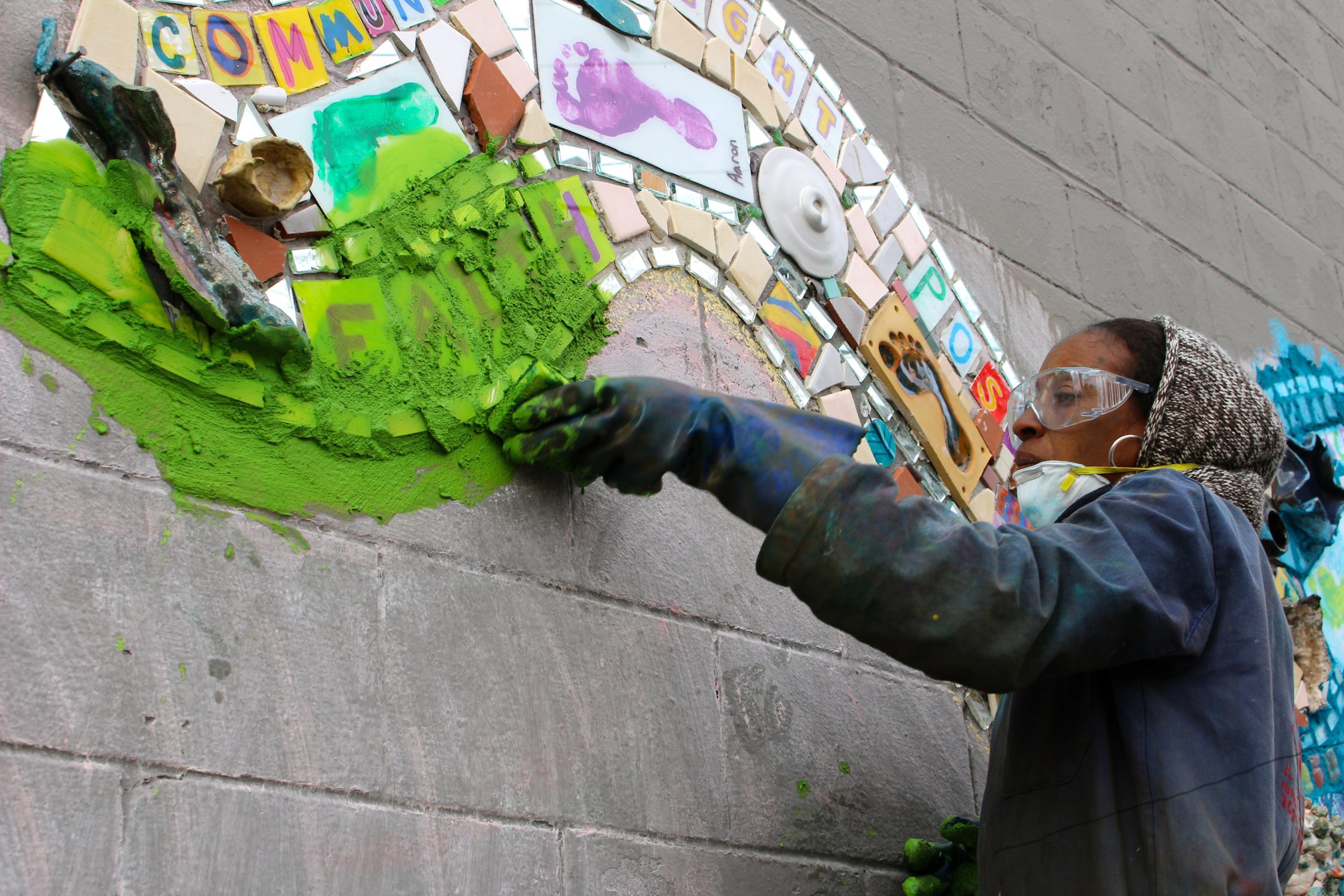 The exhibition site was the home of a gang of 40 abandoned teenagers that Ali had integrated into his project by introducing them to art and organizing an exhibition of their work at the end of his fellowship period. As a result of this project, she established the Doors and Passageways of Return Fundation in 2000 in Washington DC.

The goal of this foundation was to build an art center in Africa that would provide aid and assistance to unemployed youth, and encourage intercultural exchange across the continent and between the continent and the outside world.

In 2000 Passageways Foundation had an exhibition for Gilbert Medeton, (a young Ivorian living on the streets), at the Ramee Gallery in Washington DC. Ali has a proven track record in art education, organizing art workshops, and mounting exhibitions. 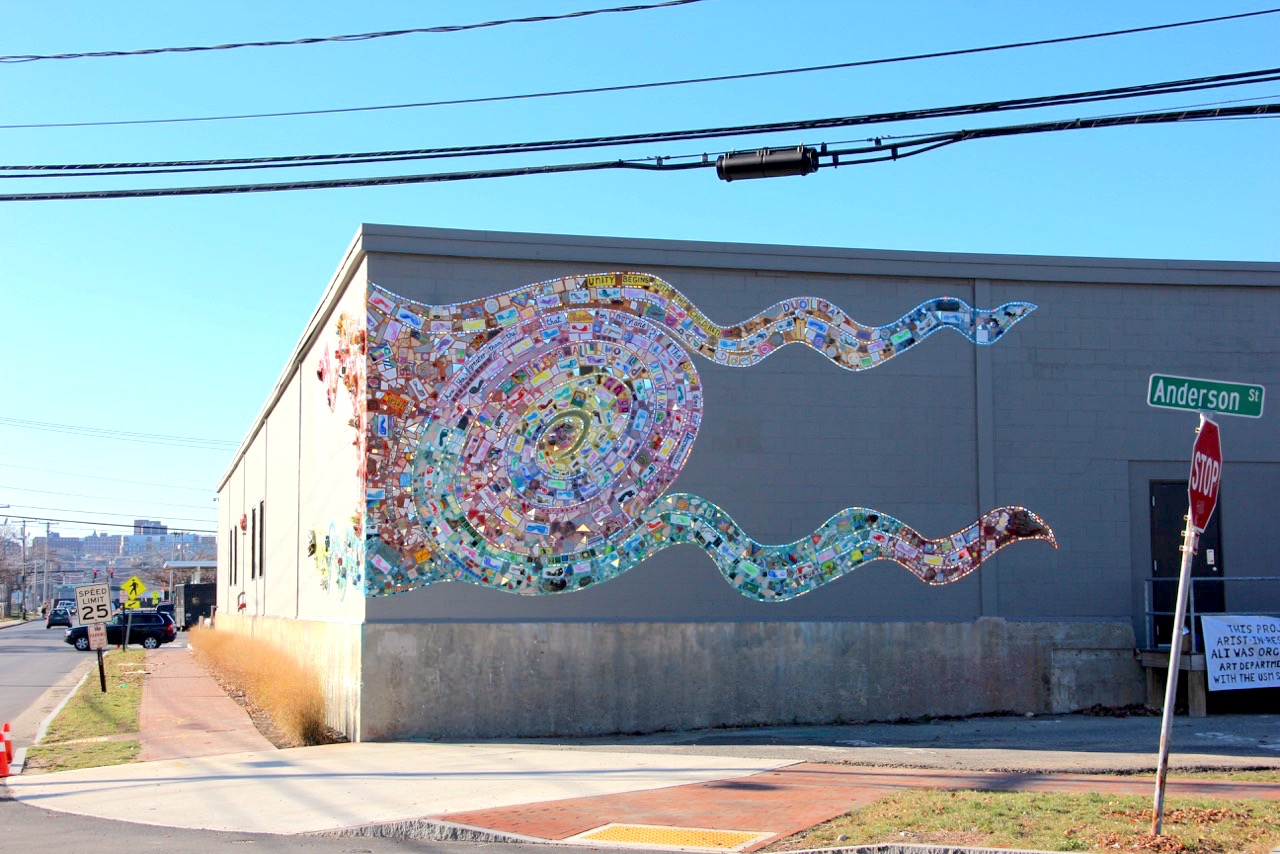 East Bayside is a United States neighborhood of Portland, Maine that early on served industrial commercial and residential uses.

It has historically attracted immigrants from many nations such as Ireland, Scandinavia and Italy , but most recently, Islamic immigrants from Somalia, Sudan and Iraq have populated the landscape.

Due to the uncommon presence of lsamic culture and practice, many of the most recent immigrants have quietly existed with very little integration.

I was invited in 2016 to Portland as Artist-in-Residence by the University of Southern Maine to make an artistic attempt to ease the said integration of the Islamic immigrants in the area.

This work,The Spiral is a mosaic that permitted the involvement of all community members as well as the students of University of Southern Maine coming from various disciplines and serving as assistants and community mobilizers of the neighbors.

The mosaic technique used, permitted involvement through the use of an under-glass painting technique practiced in Senegal, which permits motivational words, poetry, painted images to be incorporated into the work and by the artist or participant.

Donated objects were also made use of to further personalize the work. Many community members contributed a colorful footprint on glass that was incorporated into the work, spiraling out from its center representing the various members of this diverse community.

Many Islamic participants amongst others, were enthusiastically involved.